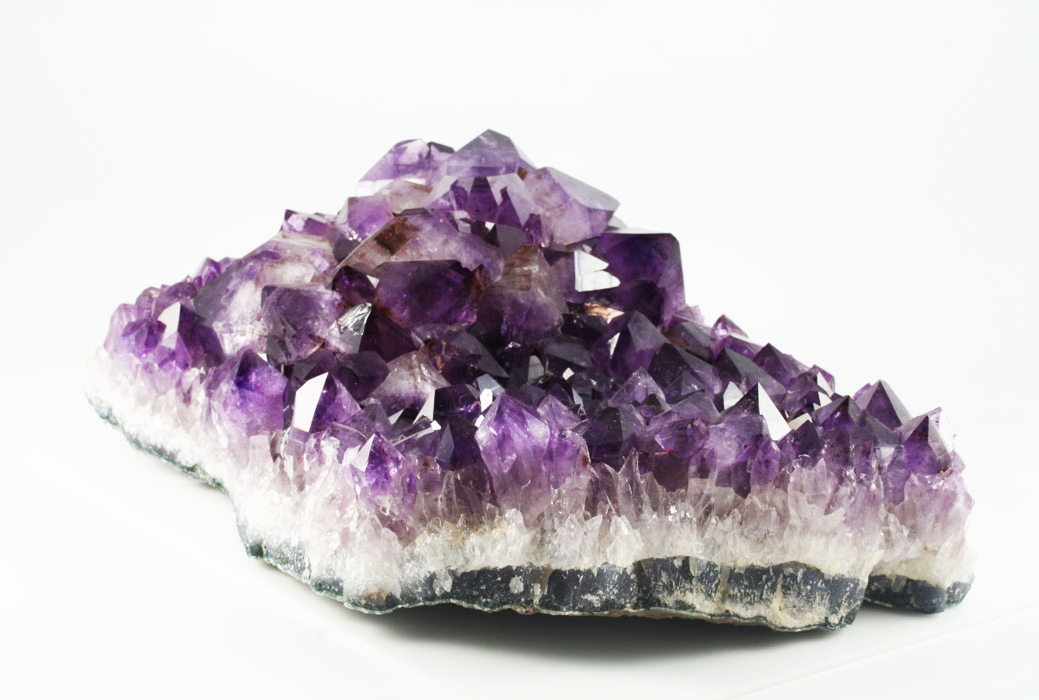 The quartz stone that comes naturally in shades of purples and mauves is most commonly known as Amethyst. Amethyst comes from the Greek meaning “without drunkenness” and  is believed to protect one from a drunken state by instilling a sober mind. Some even say that amethyst could protect one from poison.

Amethyst can be used for insomnia by putting a stone under your pillow to bring good dreams. It can also be used for relief from headache by rubbing it across your forehead. Ancient Egyptians used the purple crystals to protect themselves from guilt, fears, and deception.

When using amethyst for healing it is usually placed on the heart or the lungs because it is usually used to aid those with issues related to blood or the lungs. The stone is often used to overcome cravings or fears and can be used heal negativity in the home and replace it with a sense of peace. Amethyst crystal clusters keep the home positive and keep the air clear of impurities. The crystal can also be used as a meditation stone when worn around the neck.